The ferry left more or less on time.  On the ferry we had to move to a new cabin because the sprinkler system was leaking…

The crossing was calm and pleasant except that after dinner we had to endure the company of a very drunk Tunesian. After half an hour the security (a former member of the french foreign legion) removed him from the bar.  We really enjoyed a nice sun set @sea during apero time. 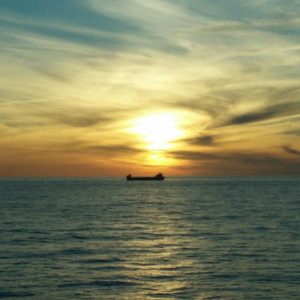 We set a new record to get through customs.

Arround noon we stopped for lunch on the beach. 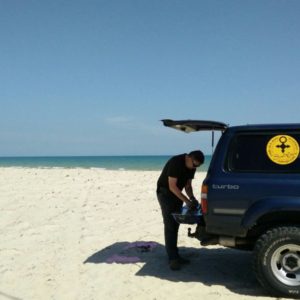 We arrived early at the hotel and prepared everything for the attack of the desert tomorrow.