We finally met miss Rekkam this morning, she was however a bit excited maybe because she is already fully in Christmas spirit. 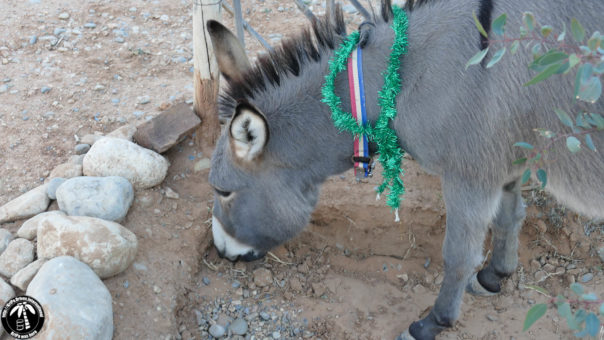 This morning we said goodbye to François from the Rekkam and drove further south via the beautifull piste.

We only saw one car on the piste today a Mercedes G.

At a given moment a big rock blocked  our way but I managed to push it away.

It was however not the only obstacle today, because I am waiting for more than 2 years now for BFG to release the KM3 MUD in my favourite tiresize 255/85/16.

Because of this we are forced to drive on plain road tires which caused the mighty 80 to lose traction on a steep climb today.

Result I had to reverse and killed one mud flap and off-course drove over it before taking notice.

But at least we still have it. 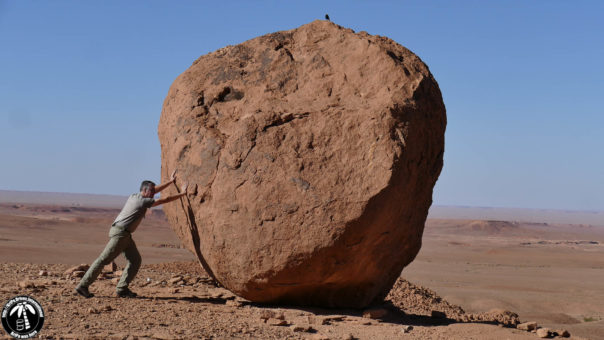 A video of a rather steep descent with big holes in the track.

The old airplane of the movie “le petit prince” has been restored. 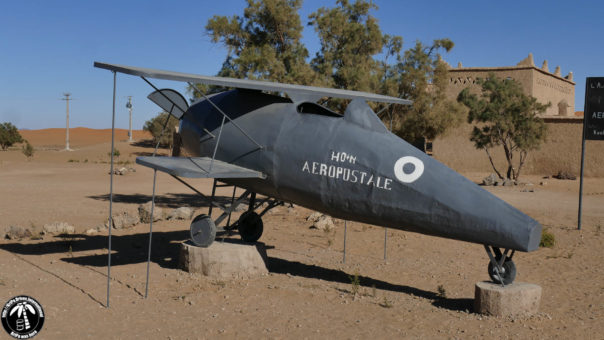 We arrived @ sunny Merzouga but it is a bit windy, you can’t have it all can you.

Tomorrow we head for El Mharech.