This morning we drove through the tunnel that was hand-made by the French foreign legion in 1927-1928 last time we passed here was in 2010. 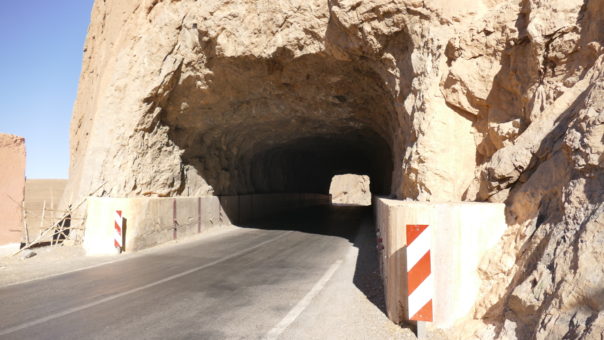 Today we drove our first off-road part,  we reached two major objectives off this trip.

The frist one is the stairway to heaven.  One of three projects in the middle of nowhere constructed by a German artist in the eighties.  He travelled in the neighbourhood and stopped for a wee when he suddenly had a eureka feeling and so he created three artworks, one of them being the stairway.  Heaven was closed when we passed so we continued our  journey on earth.

The second objective was gara medouar, a crater in which a scene of the latest Bond movie Spectre was filmed. 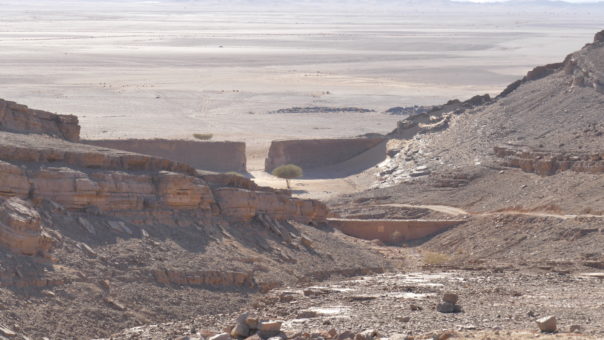 The entrance/exit wall to the crater. 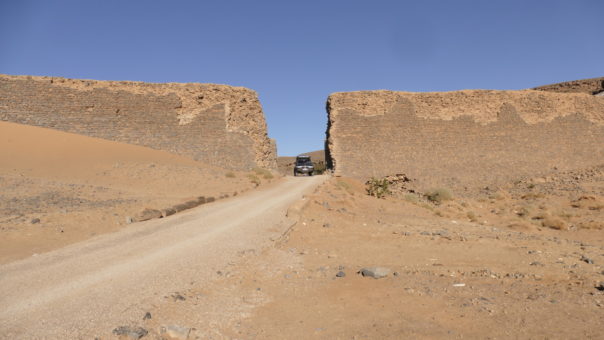 We arrived at our camp site for the night in the city of Boudnib a former french foreign legion garisson town.  It is still a garisson town but now used by the maroccan army.

Tomorrow will be a 100% off-road day we will drive along the Algerian border to Merzouga.