Yesterday we went looking for a restaurant the one that we had picked seemed to be closed or maybe was not open yet there were no signs that it would open soon.

We walked through town and did not really find something interesting except places where the locals were loudely discussing while sipping from their teas.

After a while we spotted a Hotel called Le Flint we walked in and asked if there was a restaurant.   It was buffet this evening and was about to start so in we went.

We were the first there and after us bus loads of Chinese came in. 🙂

This morning we went to see the Atlas film studios just outside of town.   Several films made use of their services and several sets still remain in the desert;

After the visit we drove to the east to the Dades Gorges, it has been 8 years since we have been here.  We saw a lot of storks on top of the Minarets.

We stay in the Gorges for the night @1690m. and hope to meet up with old friends whith whom we visited Libya back in 2008.

The hairpin road was build by the French Foreign Legion in 1933.

Tomorrow we drive back down out of the Gorge and the plan is to drive over the Tizi n’Tazazert mountain pass. 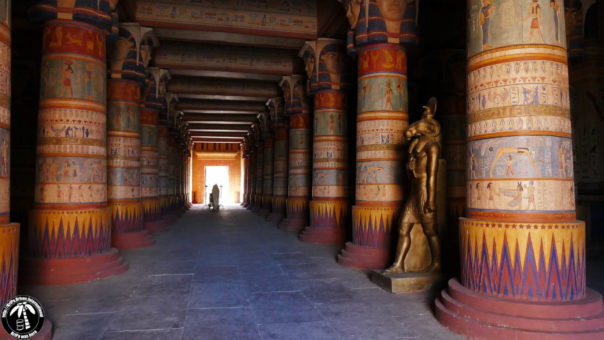 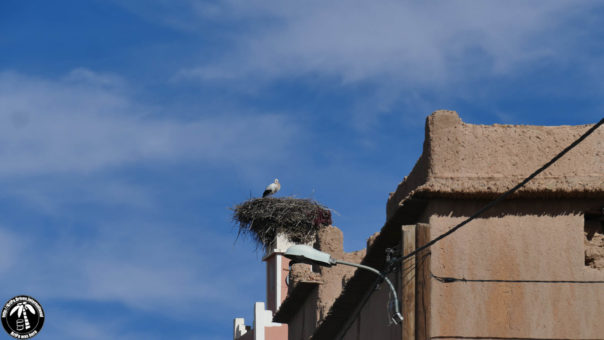 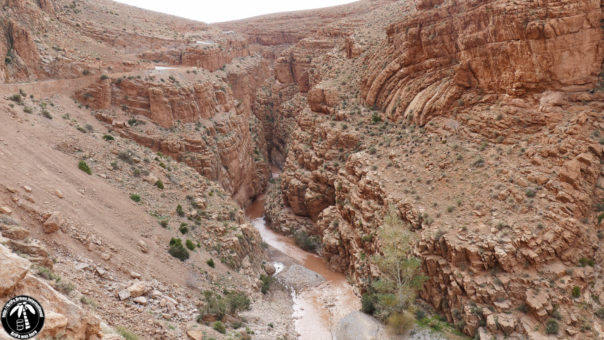 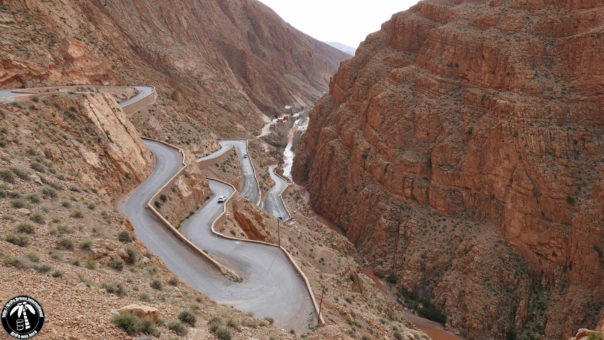